If your favorite one-design class’s late summer regatta isn’t a continental-level championship, then it’s likely there’s one sparkling on the horizon. That’s certainly the case with the two biggest classes at the fourth edition of the New York Yacht Club One-Design Regatta, which will take place this coming weekend, August 21 and 22, out of the New York Yacht Club Harbour Court in Newport, R.I.

The 2021 edition of the One-Design Regatta is one of the final opportunities for Northeastern VX One sailors to hone their skills before the class gathers at Oklahoma City’s Lake Hefner in late September for its North American Championship. Likewise, the IC37 class is staring at two major regattas in Newport in the next 6 weeks, the Rolex New York Yacht Club Invitational Cup in mid-September and the class’s inaugural North American Championship in early October.

The net result is a strong turnout for both classes, with no fewer than 14 VX Ones expected and the IC37 class pulling in 19 boats. The Etchells class is also competing in the event.

“We did the Sail Newport Regatta back in July and this is our headline event for the second half of the summer,” said Ian Macinni, a longtime member of the Newport VX One Fleet (above, sailing on Narragansett Bay). “We’re hoping to have at least 15 boats.”

The VX One is Newport’s newest one-design class. While the town is full of passionate sailors, it’s no easy feat gaining traction in the shadow of the Shields and J/24 classes that have ruled the local one-design sailing scene for decades. 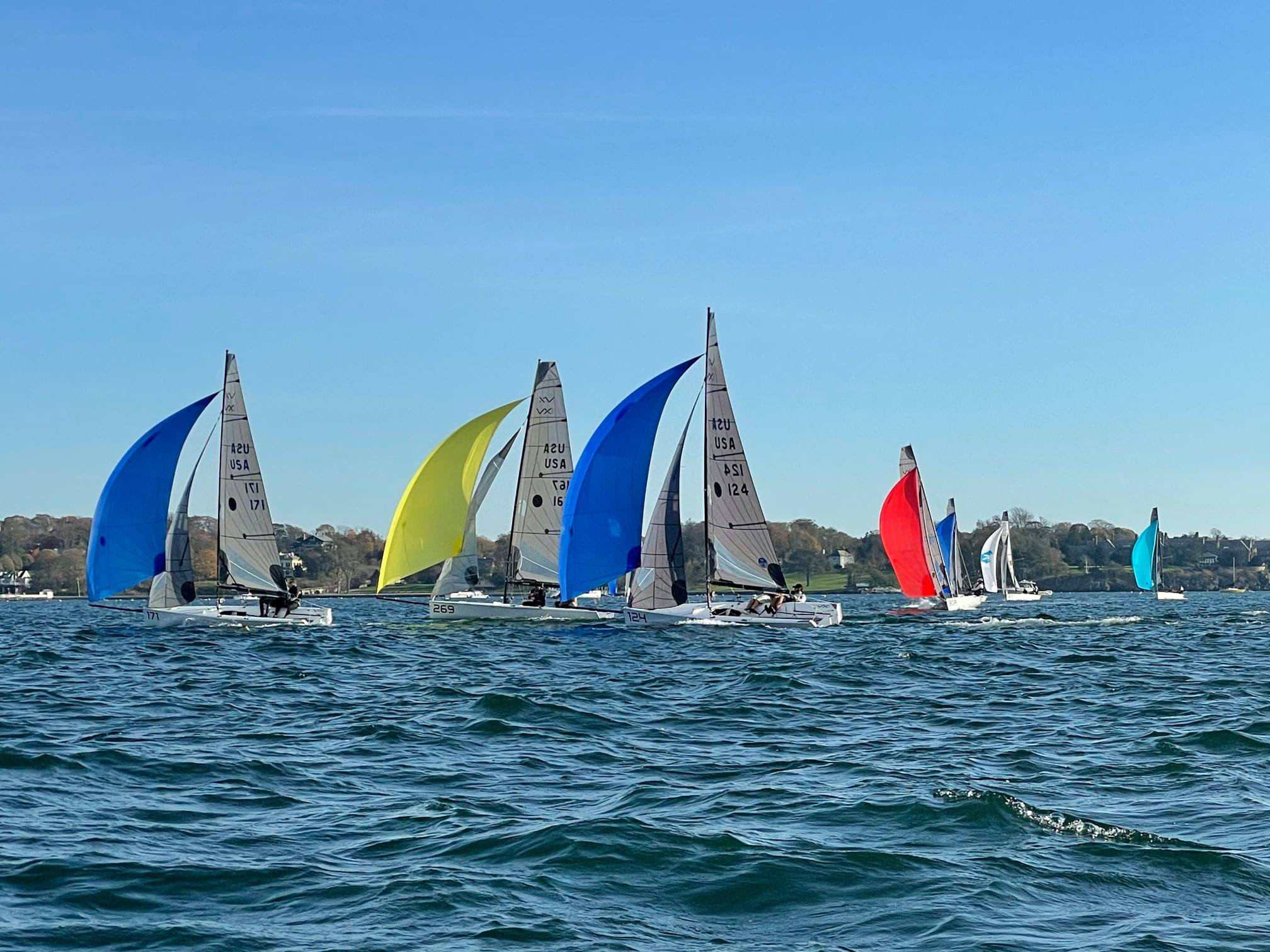 “The boat was designed back in 2011, and the Newport fleet got started with 1 or 2 boats in 2013,” said Macinni. “I got involved in 2014, when they had 4 to 5 boats. We’ve built it up to 14 to 15 boats in the Sail Newport drysail lot. It’s become quite competitive. We’ve got a Monday-night racing series in addition to a whole bunch of local regattas.”

The sweet spot for the boat in terms of crew weight is a little north of 400 pounds, which makes for a nice mix of teams, some with two larger men, others with three sailors, including some all-women teams.

Macinni started sailing with his father Bob, who serves as the local Fleet Captain.

“We sailed together through 2106,” said Ian Macinni. “In 2017, we’d figured he’d get a new boat and I’d keep sailing the old one. We both wanted to be the ones to drive, and we wanted to get more people into the class.”

So far, it seems to have worked. And, of course, that leaves just one question: Who is currently ahead?

“I’ve got him,” said the younger Macinni, “but not by much.”

Among the 19 IC37 crews lining up this weekend are five teams preparing for the Rolex New York Yacht Club Invitational Cup, sailing’s premiere Corinthian big-boat regatta. The biennial event will be sailed September 11 to 18 with 20 teams representing some of the top yacht clubs around the world. Southern Yacht Club won the Invitational Cup in 2017, the last year it was sailed in Swan 42s, and finished fifth in 2019, the first year the regatta was sailed in the IC37. John Lovell sailed as the tactician for both of those efforts. For this edition, he’ll be stepping into the helmsman position.

“I am very excited to have a chance to drive and I think we have a great team,” said Lovell, an Olympic silver medalist in the Tornado class in 2004. “I spent the last 10 years or so as tactician instead of driving, so it’s great to be back in that role again. Marcus [Eagan], Rick [Merriman], Andrew [Eagan] and Jay [Kuebel] were all on our team in 2017, so we have a strong history of working well together. New to our team are Katy [Lovell], Miia [Newman], Christian [Gambel] and Dwight [LeBlanc IV], but I have sailed with them on many other sport boats over the years so we’re used to one another’s sailing style.”

While the IC37 was designed to be easy to sail, there’s still no substitute for time on the water. The peppy 37-footer rewards cohesive crew work, both in the maneuvers and for straight-line speed. And the margin between first and last is often very small.

“We plan to focus on the basics this weekend in preparation for the Invitational Cup: crew work, communication, starting and time and distance will be our primary goals,” says Lovell. “In 2019, we also made a couple big starting mistakes that cost us a lot of places, so I hope with practice this weekend, we can get our timing spot on and get more consistent starts at this year’s event.” 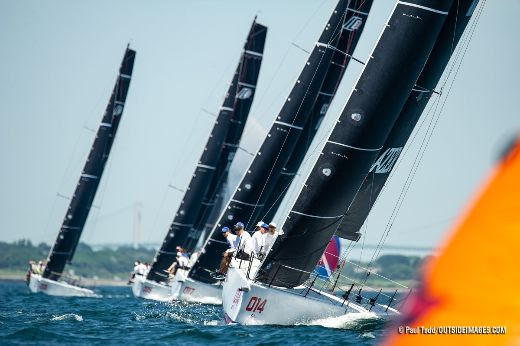 Just because these handful of teams have a bigger goal in mind, however, doesn’t mean winning the class this weekend will be any easier. The best way to confirm a team is prepared for the Rolex New York Yacht Club Invitational Cup is by winning the event that directly precedes it.

The New York Yacht Club Regatta Association is pleased to announce that Cadre, a next-generation commercial real estate investing platform, will be a regatta sponsor for the One-Design Regatta. Cadre’s support of the event will include hosting the Saturday evening competitor barbecue, a weather seminar on Friday night and weather briefings on Saturday and Sunday mornings. Cadre will join season-long RA partners Safe Harbor Marinas, Hammetts Hotel and Helly Hansen as official sponsors of the One-Design Regatta.

“Modern forecasting technology provides more information than ever for sailors eager to gain a tactical edge, but it isn’t always easy to know what data is most impactful for a day of buoy racing,” said Jim Wilson, president of the Regatta Association. “With Cadre’s support of a weather seminar and daily weather briefings with noted sailing meteorologist Chelsea Carlson, we are bringing expert weather analysis to every competitor, further leveling the playing field. The free barbecue is also a very nice touch. The only thing sailors love more than free tactical advice is a free meal and cocktails.” “While transforming the real estate investing world, we recognize an opportunity to strengthen the communities we invest in—which we feel is critical to developing a thriving society,” said Ryan Williams, Cadre’s Founder and CEO. “We are leveraging our platform to build stronger, more diverse communities.”

Racing in the New York Yacht Club’s One-Design Regatta will conclude on Sunday, August 22, with an awards party at Harbour Court.